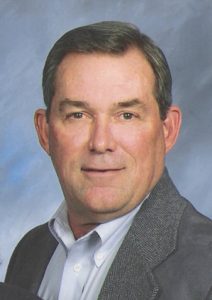 Doug Kimbrell earned a BS in Industrial Engineering with a minor in Electrical Engineering from the Georgia Institute of Technology while working at the Manned (Johnson) Spacecraft Center in Houston as a signal conditioning and timing engineering aide during the Gemini and Apollo program developments. After graduation, he went to work for Texas Instruments in Dallas developing “FLIR” infra-red fire control systems for USAF AC-130 Gunships deployed effectively during the Viet Nam era.

He joined Collins Radio Company in 1973 and held various positions in his early career including Manufacturing Liaison Engineer and Customer Service Manager. Getting in on the ground floor of high-density fiber optics transmission technology, he took positions as Program Manager for several large R&D programs, and moved into Customer Engineering Program Management overseeing substantial nationwide customer contracts. He retired after 28 years at Collins/Rockwell/Alcatel as Director, Technical Marketing.

In 2005, Doug and Susan moved to Fredericksburg where they have family ties. He has been an active RSO for SystemsGo since 2009, and is the current President of the Fredericksburg Wingdingers Aero-Modelers RC club. 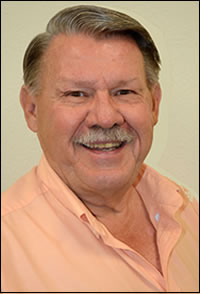 Hahn is a retired business owner from the aviation industry. His business, Albuquerque Balloon Center in Albuquerque, N.M. was the largest and busiest FAA certified repair station specializing in lighter than air aircraft in the world. Aerco built many specialized fabric products for NASA, DoE, DoD, and military prime contractors. In addition, George was a part owner and general manager of FireFly Balloons, a manufacturer of hot air balloons in Statesville, N.C. George started his career as an engineer designing hydraulic equipment and systems for a major oil company. George served as a Federal Aviation Administration Designated Pilot Examiner for more than 27 years. He served in many positions with the Albuquerque International Balloon Fiesta, including as Balloonmiester, the Board of Directors for 30 years, and President. 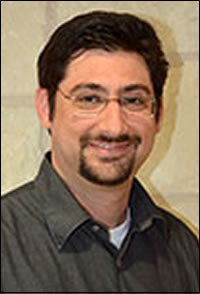 Earned his BS in Electrical Engineering at the University of Texas at San Antonio and MS in Computer Engineering at the University of Tennessee. He is a former student of the first two years of the FHS aerospace program where he participated in the construction and flight of the Redbird 1, and Redbird 2. In his career Deaver has worked for IBM, Dell, and is currently employed by FutureX. 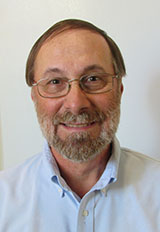 Gary earned a BS in Electrical and Computer Engineering in 1980, from Clarkson University. He added an MBA from Amberton University in 1985. Gary spent his career in the Defense and Electronics Industry, working for Texas Instruments, Hewlett Packard and Raytheon designing and fielding high reliability electronics. He was elected Engineering Fellow mid-career and then took on broader product and business leadership. He retired as Chief Engineer for Raytheon’s Airborne Processor organization. His designs and products are currently flying on the F-16, F-22 and F-35 aircraft, as well as a few things he cannot talk about.

Gary retired in 2017 after 37 years in the Dallas area. He and wife Kathy moved to Kathy’s Leyendecker family farm on Leyendecker Road. Gary is plugging into local student and civic activities, including mentoring at Heritage School and being a Co-Founder of Citizens for an Informed Relief Route (CIRR). 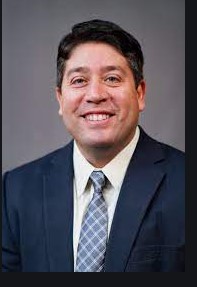 Joe Rodriguez was named Superintendent of Schools for Fredericksburg Independent School District in 2021. Rodriguez served as the Chief of Schools in Fort Bend ISD, overseeing the day-to-day operations of all 81 schools and the following departments: Athletics, Career and Technical Education, Early Childhood, Fine Arts, School Leadership and Student Affairs.Prior to his role as Chief of Schools, Rodriguez served as an Elementary Teacher, Elementary Principal, High School Principal and Administrator for Secondary Education in South Texas.Rodriguez received his bachelor’s degree in psychology from the University of Texas in Austin and his master’s degree in educational administration from Texas A&M University in Kingsville, where he also earned his doctorate in educational leadership.

Rodriguez is married to his wife Clarissa and resides in the Hill Country with their children. (Updated Feb 2022) 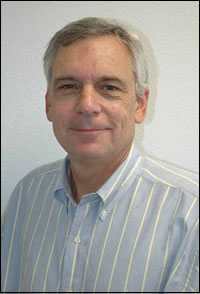 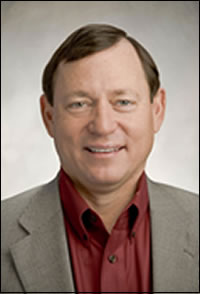 Retired executive from the computer industry where his career spanned over 30 years of domestic and international business management. At the time of his retirement in 2009, Dave served as Senior Vice-President of NEC Corporation where he ran their $500M North America computer business.

Dave began his career as a mathematician for IBM working with NASA on the space program during the early days of the Shuttle program development. He was CEO of several specialized technology companies located in Austin; Boulder; and Silicon Valley; and Vice-President of Worldwide Operations for Hitachi, Ltd in Odawara, Japan.

Presently Dave owns and manages a Real Estate Investment and Construction business that he operates in the North Texas area.

He earned his Bachelor of Science in Mathematics and Physics, Texas Tech University, 1971, and Master of Science in Systems Technology, Naval Postgraduate School, 1980.

He was Professor of Naval Science, University of Texas at Austin. 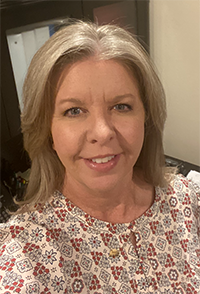 Jodie has been a CPA in public accounting since 1993, including many years in nonprofit audit and tax, and is the owner of Spies, Kneese, and Bailey, LLC, in Fredericksburg. She is currently serving on the FISD Education Foundation Board.

Jodie and her husband, Todd, have two children. Anissa is an Propulsion Engineer at Lockheed Martin Space Systems. She was a member of the SystemsGo program at FHS class of 2014. Troy is attending the Colorado School of Mines pursuing a degree in mechanical engineering and is a mid distance runner and long jumper on their track team.  He was a member of the Systems Go program at FHS class of 2020. He has been to White Sands with Systems Go three times working on the range.

Jodie and Todd, along with their children, participate in the Fredericksburg launches and have participated in the WSMR launches in the past. 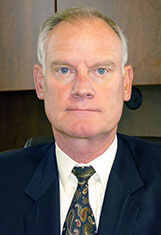 Scott is a retired Army Colonel, a former Lead Associate for Booz Allen Hamilton, and former Project Manager for Laughlin Homes & Restoration. He earned his BS in Aerospace Engineering at the United States Military Academy at West Point (1982), MS in Aerospace Engineering/Orbital Mechanics at the University of Texas (1990), and MS in Strategic Studies at the US Army War College (2004). His Army career of over 27 years included duties as an Army Aviator (UH-60 Blackhawk) and Space Operations Officer (FA40).  His assignments included service as a Flight Operations Officer and Company Commander in the 101st Airborne Division at Fort Campbell, KY; Space Operations Officer and Operations Center Chief at the US Army Space Command, Colorado Springs, CO; Brigade Adjutant, Company Commander and Battalion Operations Officer in the12th Aviation Brigade in Germany; Special Technical Operations Officer at US Space Command and Battalion Commander of the 1st Space Battalion at Peterson Air Force Base, CO; Chief of Staff and Director of the Space Control Division at the National Security Space Office at the Pentagon, Washington, DC; and Chief of the Army Space Element at U.S. Army North at Fort Sam Houston, TX. He is a Life Member of the Association of the United States Army and member of the Army Space Professionals Association. He is a former Deacon and Elder at Hill Country Church in Fredericksburg. He and his wife Jacque reside in Fredericksburg, Texas. 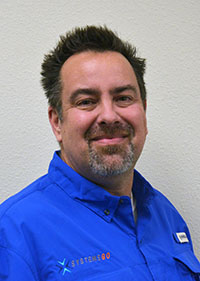 George retired from Fredericksburg High School in 2022 after 29 years of teaching Spanish. During his time at FHS, he served as Foreign Language Department Chair for 19 years, Intel Teach to the Future Master Teacher, Campus Technology Liaison, Transportation Driver, Cheerleading Coach, Amateur Radio Club Sponsor, Chess Club Sponsor, 42 Domino Club Sponsor, TSTA/NEA local president, and has served on every type of school committee imaginable. He is a pioneer entrepreneur in the Texas Hill Country wine tour industry, having helped launch three wine tour companies, including his own. He holds a BA from Southwest Texas State University (aka Texas State) with a double major in English and Spanish and is fluent in both languages. George initially became involved with SystemsGo as a supportive parent, then as a volunteer at the Central Texas, North Texas, and WSMR launches. George and his wife Katie have three daughters: Savannah, Gloria, and Eleanor.

Fun fact: George was born while Neil Armstrong was walking on the moon. 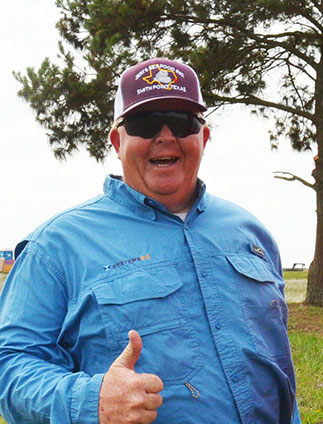 Kirk Moore is in charge of the continued development and supervision of the SETX Launch site in Smith Point, Chambers County.
He has worked for the Anahuac ISD as a teacher and coach since 2007, teaching SystemsGo starting in 2010. Kirk coaching responsibilities include football, track, and meet coordinator for track/XC including timing and performance analysis.
Kirk has taught all levels of the SystemsGo curriculum. His classes have launched in Fredericksburg, Brazoria, Smith Point, and White Sands.
Kirk Holds a BS in Wildlife and Fisheries Sciences with a Natural and Renewable Resources Option from Texas A&M University. Kirk is also a licensed auctioneer in the state of Texas. His interests outside of auctioneering, athletics, and rocketry, are working with his hands, traveling, and spending time with his family.
Kirk is married to Tressa who is a SystemsGo Volunteer. Both of their sons, Caleb and Joshua, have been in the SystemsGo program. 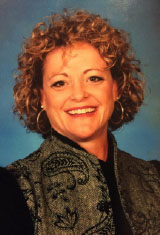 Rebekah has 15 years teaching experience in Midlothian ISD, Maypearl ISD, and Dallas ISD. She was named Teacher of the Year for Maypearl ISD in 2013 and Teacher of the Year for Maypearl Middle school and high school in 2004, 2006, 2007, 2010 and Maypearl Chamber of Commerce 2009. Rebekah implemented the SystemsGo program at Maypearl High School in 2008 beginning with the Tsiolkovsky level class and expanding to include both the Oberth and Concepts of Engineering and Technology classes. She has volunteered as a Range Safety Officer for the Willow City launches and in 2011 was named SystemsGo Teacher of the Year. Rebekah conducted the Junior Rocketeers summer camp for 4th-6th graders at Maypearl for 6 years. She has conducted SystemsGo Tsiolkovsky training and science curriculum training on behalf of Region 10. She has served as Science Adjunct Faculty at Navarro College. At Maypearl ISD, Rebekah served on the Site Based Decision Committee and as Science Department Chair. During her time at Midlothian ISD she served on the Technology Action Team. Rebekah earned a BS in Kinesiology from Texas Woman’s University and a Masters in Education from Texas A&M Commerce. 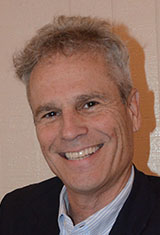 Phil Houseal worked in education for 30 years in Iowa, Texas, and Peru, as a science and gifted/talented teacher, Director of Community Education, and Public Information Officer. He was Creative Director at an ad agency, and has run his own PR firm Full House Productions, since 1984. He has served as President and Legislative chair of the Texas Community Education Association, Marketing Chair for the National Community Education Association, is Founder of the Texas Community Education Association, and has served on many nonprofit boards including Child Protective Services and the Kerrville Area Chamber Education Committee. He was a Founding Charter Member of Leadership Gillespie County, Austin Community College Advisory, Fredericksburg Community Orchestra, and the Osher Lifelong Learning Institute Advisory for Texas Tech University/Hill Country. Houseal is a regular columnist for several newspapers and magazines, is a published songwriter and author, and was national editor of the NCEA Journal. He is a graduate of the University of Iowa. Two of his children have gone through the SystemsGo program. 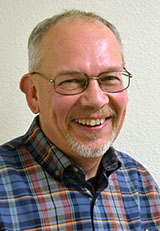 Doug Underwood’s primary duties are to establish and supervise the North Texas launch site in Jack County. Doug retired from Henrietta ISD after a 27-year career in education, the last 8 as instructor for SystemsGo.
He holds a BA in Music Education from Midwestern State University, with post-graduate studies in science, physics, chemistry and the environment at the Universities of Dallas, St. Thomas, Houston, and Texas Arlington. His interests include ham radio, rocketry (of course), travel, and gardening. Doug and his wife, Sandy, have two sons. Jacob is a student at Embry-Riddle Aeronautical University majoring in Aerospace Engineering; Sean is manager of retail store in Lawton, OK.