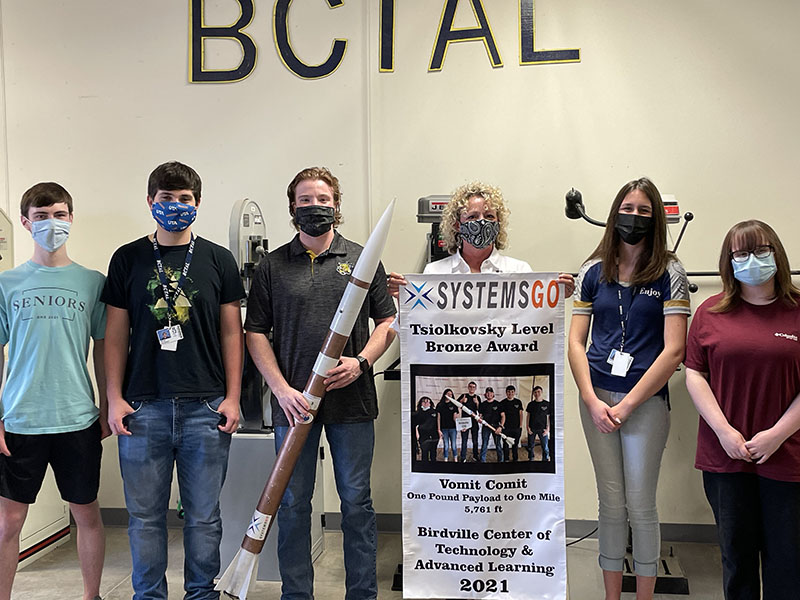 June 7, 2021–SystemsGo has awarded performance awards to four high schools in Texas recognizing student achievement during the Rockets2021 launch event held in April and May at three launch sites across the state.

The award is presented to student teams that design, build, and launch a rocket that meets 100% of the standards of one of the levels in the SystemsGo program.

The Tsiolkovsky Level requires that their vehicle loft a one-pound payload one mile high. Successful teams met the following criteria:

The Oberth Level requires that their vehicle reach the speed of sound. Successful teams met the following criteria: 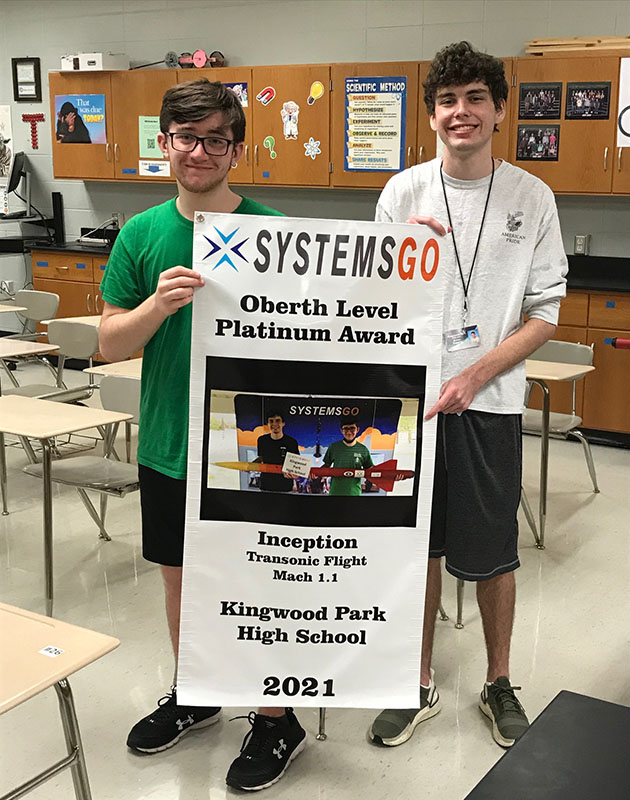 Students at Kingwood HS display their banner, presented during a virtual ceremony.

Out of more than 130 launches this year, only four teams earned a banner.

“Congratulations to our teachers and students for reaching these launch goals, especially during this challenging school year,” said Rebekah Hyatt, Program Director. “Once again this confirms our belief in the ability of high school students to design, build, and launch a vehicle according to strict principles, while overcoming challenges beyond their control.”

The program has been featured on NBC Nightly News, is endorsed by NASA and certified by The Space Foundation. It is now used in high schools in Texas, New Mexico, Colorado, and Oregon.

More information on the program is available online at www.systemsgo.org, via email at info@systemsgo.org, or by calling 830-997-3567.